Elysian Acoustic Labs (or simply “Elysian”) is brand founded by Malaysian DIYer Lee Quan Min, though rather overlooked in his own home country. His products mainly thrive on the Japanese market, where he communicates in their native language and amassing a decently sized fanbase there.

I’ve met Lee quite a few times, more notably at the end of 2018 in which I criticised a few of his products for being either mediocre or overpriced. He had since taken many of these criticisms to heart and basically refreshed and upgraded his entire lineup, some based on my very rough feedback on tuning.

In December, I met up with him once again to have another go at his lineup. Regardless of what comes out of this meetup, the fact that Lee was willing to seek my criticism again despite my (frankly scathing) comments on his previous lineup is laudable, and speaks volumes to his work ethic and confidence in his own abilities. I sure hope more manufacturers can follow his example.

But enough about the man behind the company. Let’s get into the nitty-gritty. 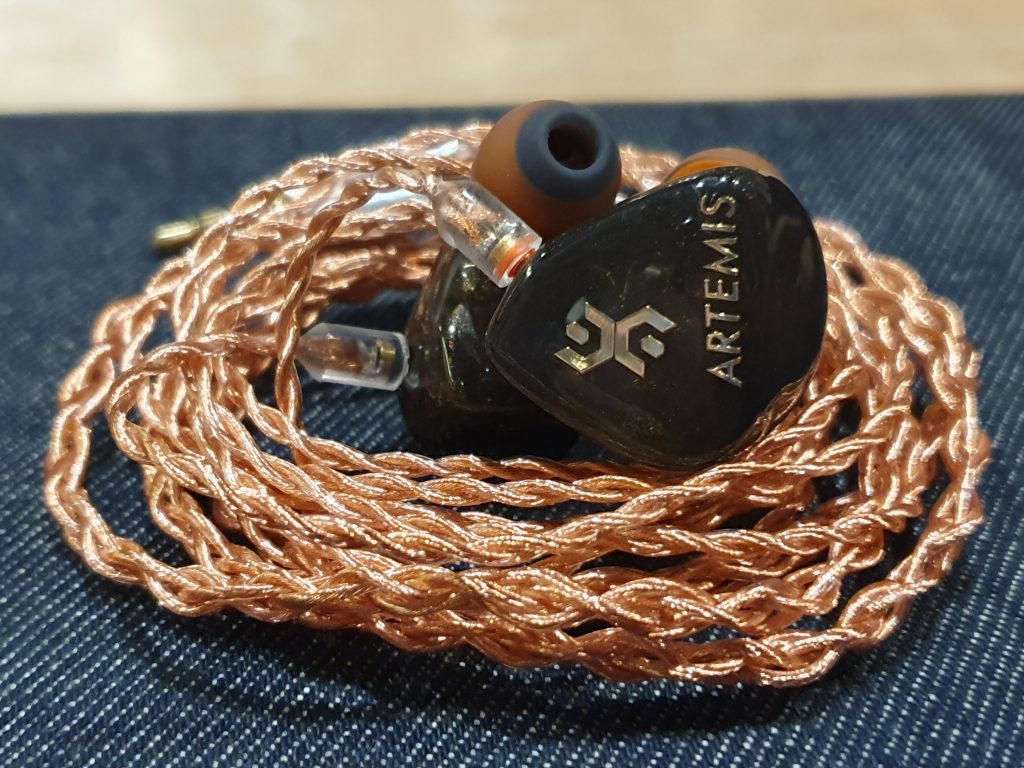 With the discontinuation of the 2-driver “Eros”, the Artemis V2 is now Elysian’s bottom-of-the-barrel budget offering.

As a whole, the Artemis is competent. The tonality is reminiscent of qdc’s house sound (i.e. pretty good and safe), there’s nothing that’s outwardly offensive about its presentation and it comes with enough technical chops to satisfy those who may spend full retail price of these IEMs. There’s honestly not much I can talk about this; it’s a capable basic custom IEM that can arguably outperform almost every other “budget” custom from the established mainstream competition.

But wait, it’s an Artemis V2 right? What’s the upgrade?

If you refer to my first article on the original Elysian lineup, you’d see that I considered the original Artemis to be the “winner” given its value proposition. In that regard, things have not changed.

But in terms of absolute performance, the Artemis V2 is a big jump. The orginal Artemis had a warm and smooth presentation that was rather pleasant to listen to, but ultimately lacking the detailing required for something at its price range.

The Artemis V2 on the other hand, sacrifices that warm tuning in favour of something more balanced, putting back technicalities as a priority and becoming an all-rounder. It’s not going to best some of its more expensive siblings, but it’s definitely the most bang you’re going to get out of your buck in this lineup. 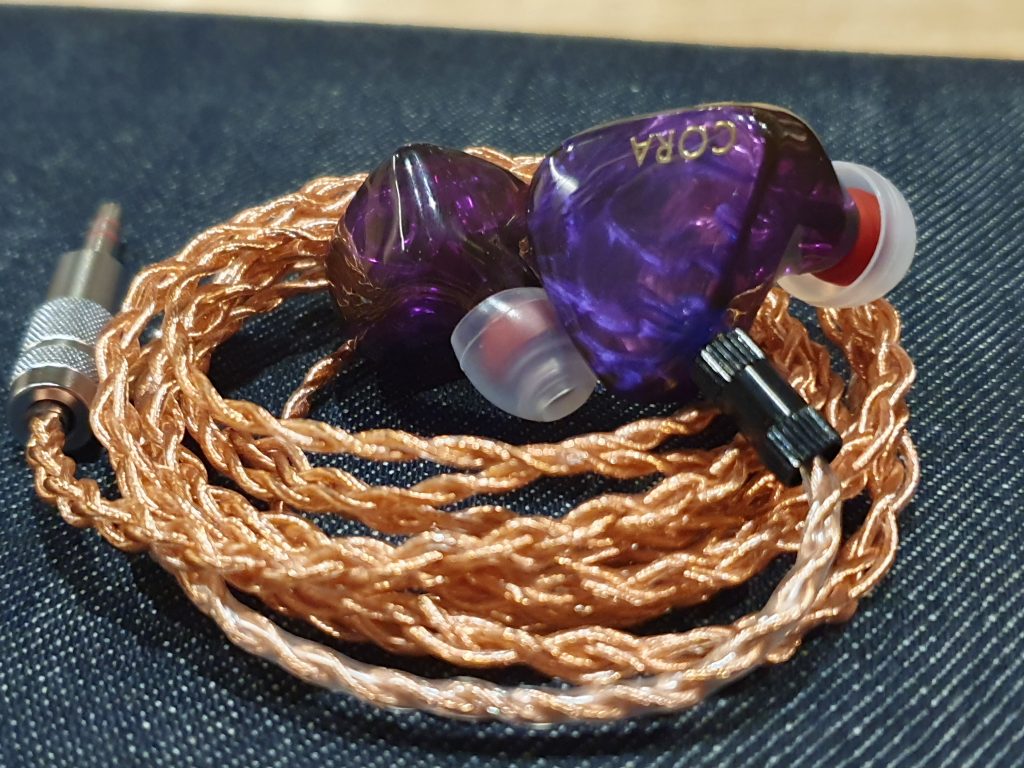 The Cora is the weird one in this lineup. It’s not bad by any means, but given the bar that the Artemis V2 had set…

Some background: there was a Cora available when I tried the Elysian lineup at the end of 2018. However, it was a very rough early version that wasn’t officially sold, so I didn’t write about it then. This new Cora is similar to that old Cora in many directions, just in different ways.

For one, the old Cora had a really wonky midrange, and while this new refreshed Cora doesn’t have as bad of a midrange tonality, it’s still not great by my standards. Things still sound a little odd in very small ways that aren’t completely egregious but fall into the realm of uncanny valley-ness.

It’s a decent hybrid, but for the price it’s heavily outclassed by other established kilobucks. I’m sure I won’t have to repeat this for the rest of my article. 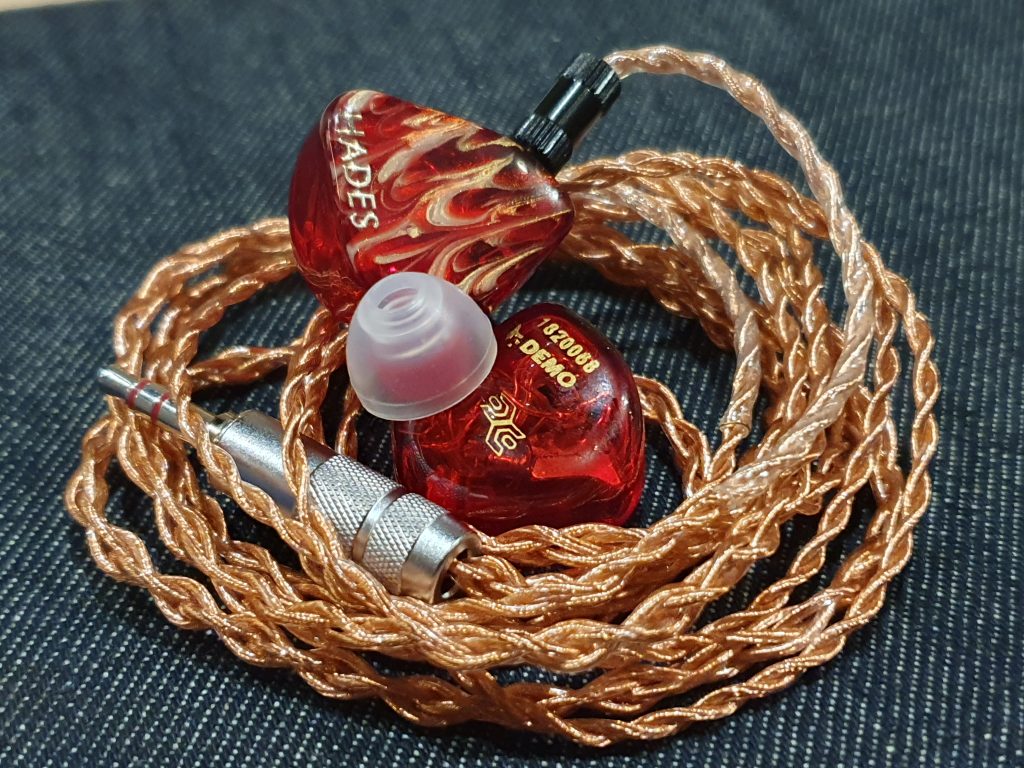 Full graphs are also available on the dedicated graph page

The original Hades was something that I also tried in my first meetup with Lee, but unfortunately there was some channel imbalance and my final thoughts were ultimately postponed.

The new Hades now comes with a switch system, mainly affecting the bass regions. As a big bass boy myself, my preferences lie with the “Stage” setting but as usual YMMV and all the other usual disclaimers.

The Hades V2’s tonality actually remind me a lot of the Fearless house sound; upper-mid centric but not in an overdone way, with a bit of bass and lower-mid boost to counterbalance the shout and energy of the former. It comes with solid technical ability with no smearing or blunted notes, so it at least passes my personal “bare minimum” for what a kilobuck set of IEMs should do.

The other big problem I have with the Hades is the overzealous treble extension, which can be intense on certain tracks and straight-up sibilant on others. Depending on your hearing and your listening volume this may not be a problem, but for me personally it was a potential dealbreaker.

In terms of competitive edge though, the price tag really hurts the Hades V2 in being an automatic recommendation. The switch system is nice, as is the option for a custom, but competition is just too hot these days. 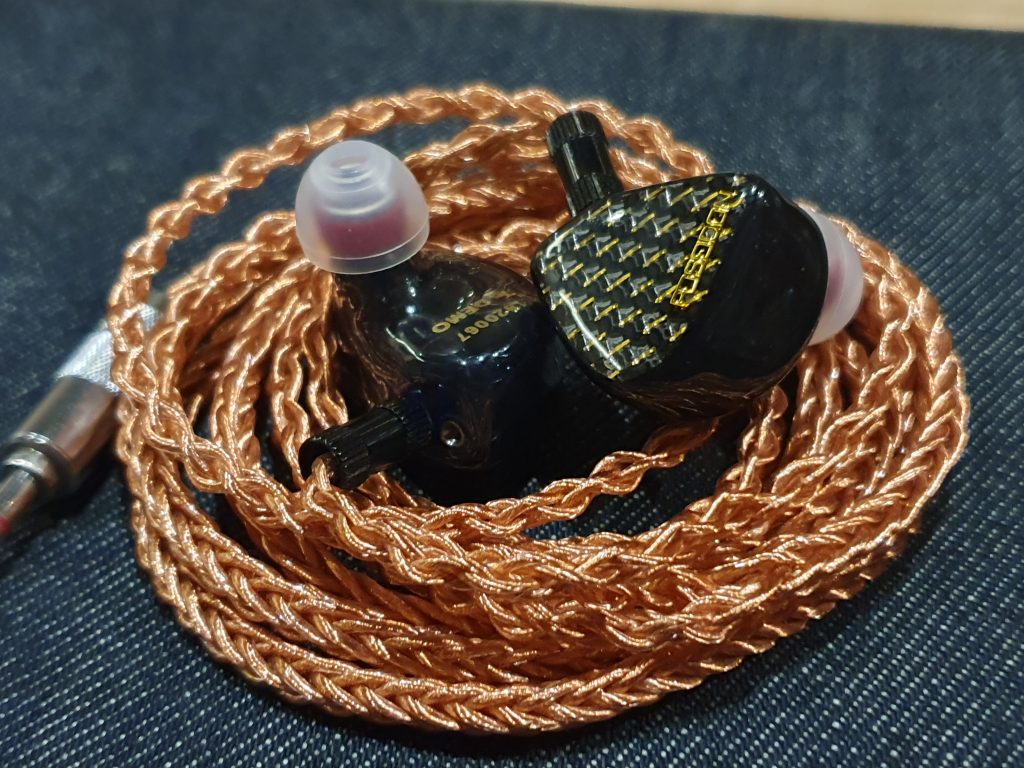 Here is where things get a little hairy for the Elysian lineup. You can see that we’ve established a trend here: Elysian IEMs are not bad, in fact pretty great, but severely hindered in competitiveness by the ever-growing price tag.

The Poseidon is no exception: it is my personal pick for my favourite tonality in the Elysian lineup, but in terms of technical ability such as detail retrieval and especially note speed, the Poseidon actually fares worse compared to the Hades V2. The notes weren’t quite as clean as the Hades and while the upper mids weren’t as shouty (thereby playing right into my preferences), the sibilance issue was still very much present.

The bass, like on the Cora, is being serviced by Fostex’s new “MT009B” featured on their new alliance program. It’s not a bass presentation that particularly excites nor impresses me, especially with the IER-Z1R as my own personal benchmark.

It’s a decent hybrid, but for the price it’s heavily outclassed by other established kilobucks. 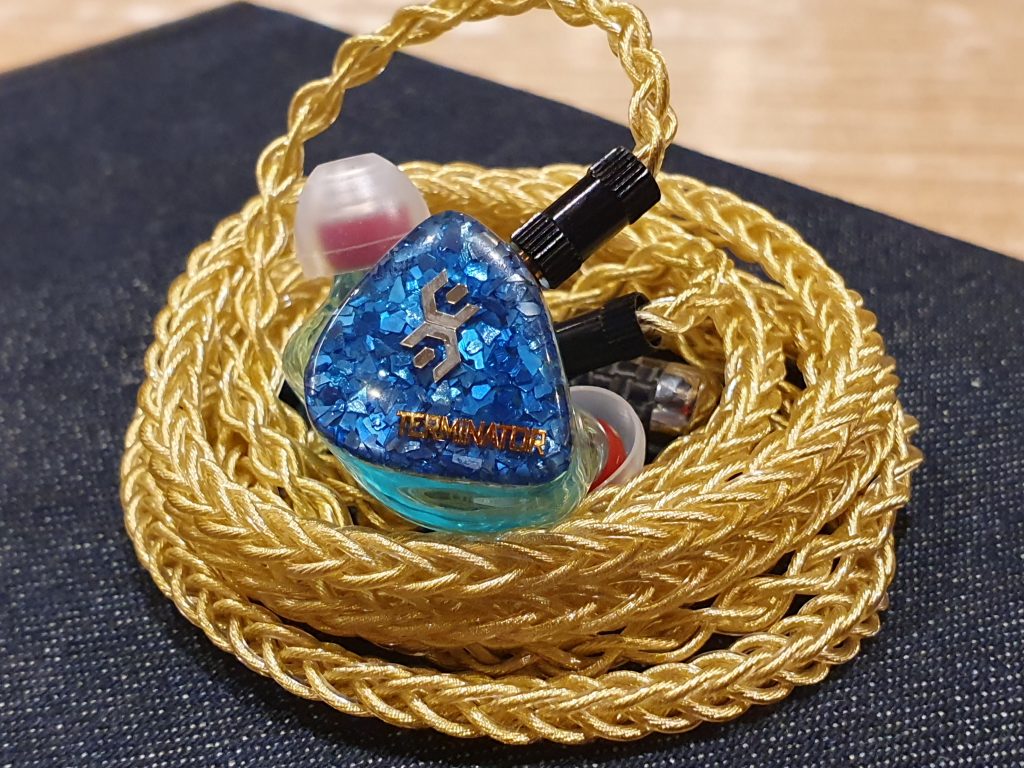 The top-of-the-line in terms of a pure-BA setup, the Terminator V2 is yet another update to an old legacy model.

The Terminator V2 sounds to me like a refinement of the Hades V2, though “refinement” is probably too strong a word in this case. The technical chops are all still there as is the sibilance quirk, so the existence of the Terminator V2 is almost a redundant one in my eyes.

But this is a new Terminator, so how about a short comparison with the original.

Is it better than the original Terminator? Eh, I’d argue that it’s simply different. The technical chops seem to be the same for both Terminators, just with tweaks to the tuning. Where the original was more of a traditionally warm, somewhat neutral signature, the new Terminator is, as stated, a “refinement” of the Hades V2. 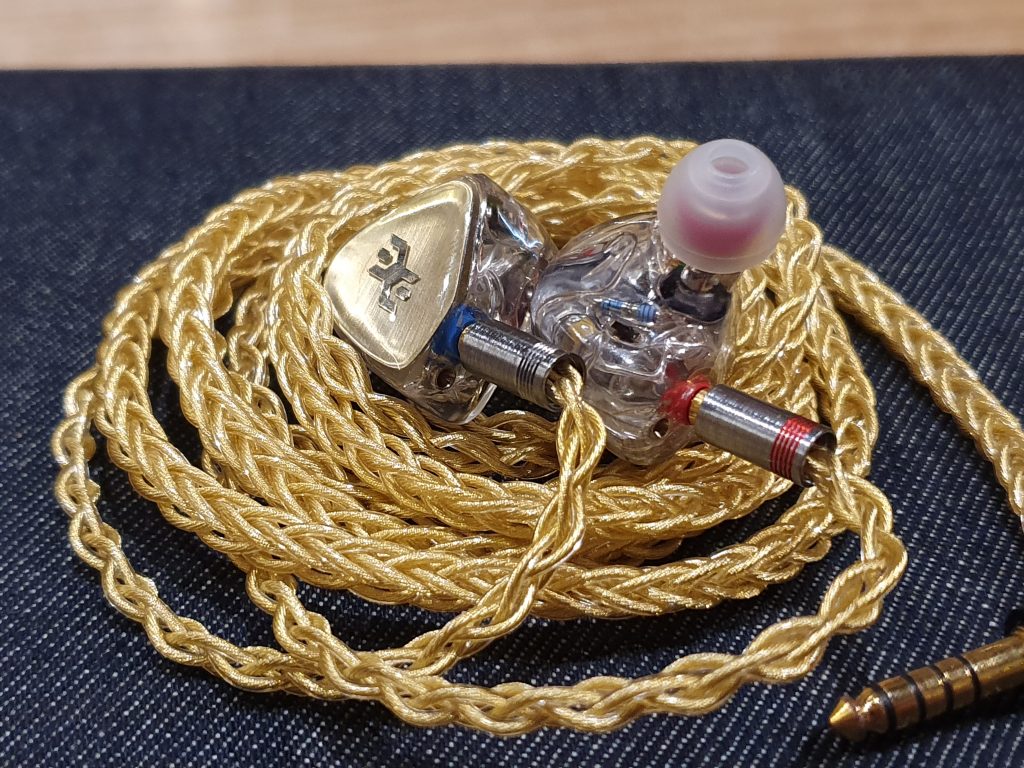 This deserves a separate cliffnote of its own. 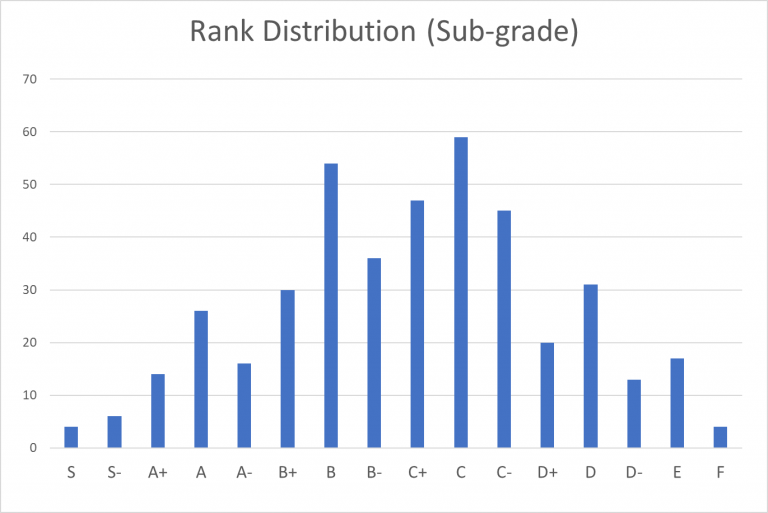