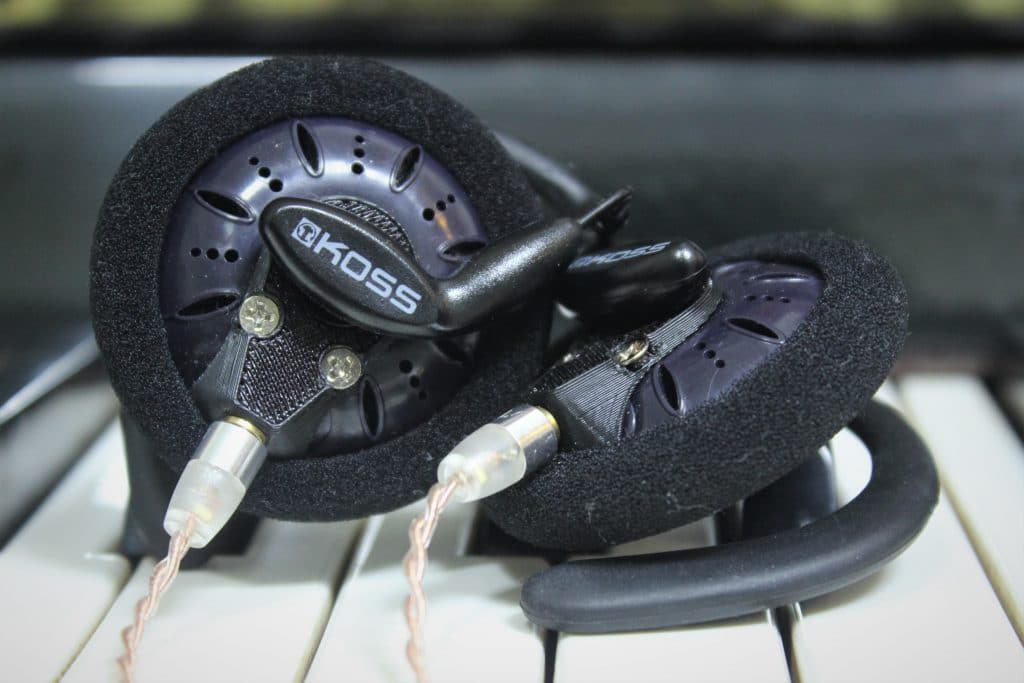 When you utter the phrase “legendary headphone”, usually two products come to mind. Etymotic, who practically invented the In-Ear Monitor with their ER4 in 1991, and of course the HD580 released by Sennheiser all the way back in 1997, and was the blueprint for what would later become the HD600, HD650 and HD6XX. All worthy of the “legendary” status in their respective rights.

But, there was always one little… thing that seems to be overlooked in the conversation of evergreen headphones, more likely than not due to its extremely low price point. The venerable KSC75, its predecessor being the far less popular KSC35 which was introduced by Koss in 1995. The KSC75 debuted in 2005 as the KSC35’s cheaper alternative and has since remained as a cornerstone of every audiophile’s “newbie recommendation list”.

Koss classifies this as simply a “clip-on” but doesn’t really specify what established category this thing falls under. It’s clearly not an IEM/in-ear headphone given that… well, it doesn’t go into your ear canals. It’s also not an earbud since the housing doesn’t rest inside the concha bowl, but I’d rather call the KSC75 an earbud than an IEM given the lack of seal.

Now you could call this a headphone since the pads rest on the pinna flange like every other on-ear/supra-aural headphone, but the lack of any headband is really throwing me off. I think Koss would be right in this regard that it exists in a wholly unique subcategory on its own; while most people probably wouldn’t bring the KSC75 into a headphones conversation, it’s far closer to a headphone than an IEM or even an earbud.

The KSC75 I have with me now is the KSC75x, the Massdrop/Drop-exclusive model that went for $15 and comes in a (IMO) more tasteful black design than the (again IMO) more gaudy silver design of the original KSC75. Also, this unit was provided to me by the DIYer Zerousen who further modified it with a 3D-printed MMCX bracket, but it should still be virtually identical in sound.

You’ve already read the title so consider yourself spoiled. Let’s see what makes this sub-$50 thing worthy of the “World’s Best” title.

Given the KSC75’s mid-bass emphasis and forward upper-midrange response, I would classify it as a “bass rolled V-shape”. The measurements I’ve done correspond with my subjective impression on its tonal profile.

Now, you would think that something like a clip-on “headphone” with barely any clamping structure would be insanely inconsistent on measurements, but not so. In fact, the KSC75 was so consistent on my rig (and fitting methodology) that I had to literally force myself to put on a weird, insecure fit to get different results.

If you know how to wear one, the KSC75 is actually more sonically consistent than most closed-back headphones I know (that would completely roll off if you’re wearing glasses or even if your hair gets too long). Figure that.

Compensating the raw KSC75 graph to my proprietary “IEF Neutral” curve (which was kindly calculated by Jaakko Pasanen based on oratory1990’s GRAS 45BC), we can see where the errant peaks and dips are:

The KSC75’s bass is surprisingly punchy and comes with enough impact to make me not completely dismiss for personal use, though obviously I wish for more low-end extension. The upper-midrange is forward and some might say intense, but nothing that I would constitute as a hard dealbreaker (especially considering the price, which I will get to later).

Overall, the tone is the most impressive part of the KSC75. I would never consider it as unnatural and the head gain is mostly correct, with the exception of the overzealous 4-5kHz response. I guess that’s one reason why it has remained relevant all these years.

The KSC75 is not going to be the most detailed nor the most dynamic thing out there. Leading transients are decent in that I never really felt like the KSC75 sounds “blunted” or lacking definition, but it’s clear that it’s missing out on a lot of nuances that I would pick up on my more resolving kilobuck headphones (*cough* HD800 *cough*) or even my more “technical” IEMs.

Now, it does have surprisingly good imaging chops and presents music in a fairly wide stage with good (but not amazing) instrumental positioning, but that’s almost expected given its earspeaker-like configuration.

But to its credit, the KSC75 manages to outpace many headphones so this isn’t a dig at its performance by any means. Some headphones in the sub-$200 “budget” range, others in the sub-$500 “midfi” range, but the headphones it beats at that price range tend to be chronic underperformers rather than the average. Still though, an impressive showing from an aethestically unimpressive… thing.

In terms of value… c’mon. $20? If you’re someone who needs an open-backed headphone for under $50, the KSC75 would practically be your only option given that most options in that price range are closed-backs with questionable sound quality (don’t @ me). And at sub-$100… it would still outperform the vast majority of the competition purely in terms of sound. In terms of the other luxuries like build, accessories or even removable cables, that’s a different story.

I doubt anyone would argue that the KSC75 “redefines its price bracket” since no other manufacturer has come out with a headphone under $30 that could even match it, much less outperform it. However, I already did the whole spiel on the KSC75’s legendary status so there’s really only one value rating I can give to such a… thing.

“Revolutionary”
For more information on the grading system, click here

There is an abundance of headphones in the ~$100 range vying for your attenion, far less in the <$50 range and in the <$20 range… either you’re going with some real cheap Chinese IEMs or the KSC75.

Let’s not insult the KSC75 by saying that it’s simply good for the price… because it’s far more than that. It basically has a monopoly at its asking price, and could still give modern budget headphones a run for their money 15 years after its release (more if you count the KSC35).

The KSC75 is the world’s best not-headphone. It’s also the only not-headphone, but let’s not talk about that.

Awarded grades are in reference to the Headphone Ranking List. 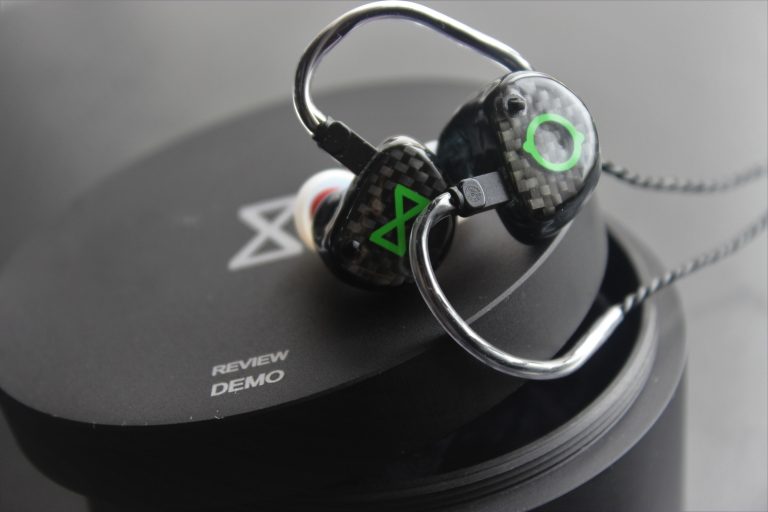 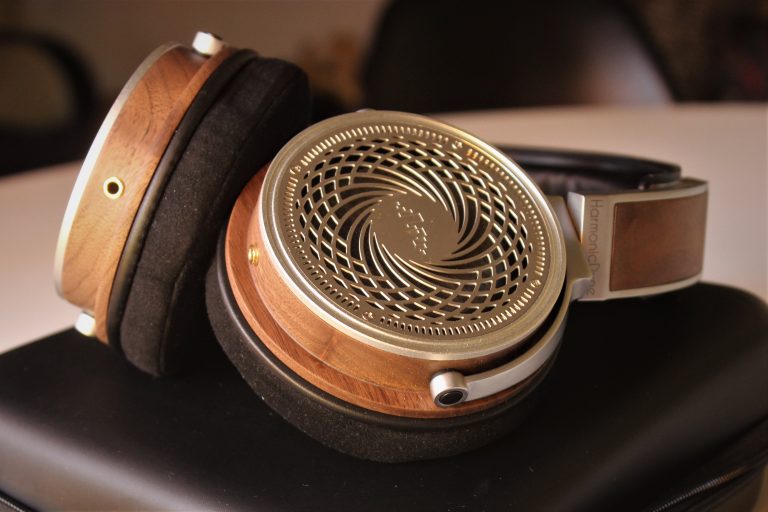 For additional details of the IEF headphone measuring rig, click hereData has been uploaded to the Graph Comparison Tool (for