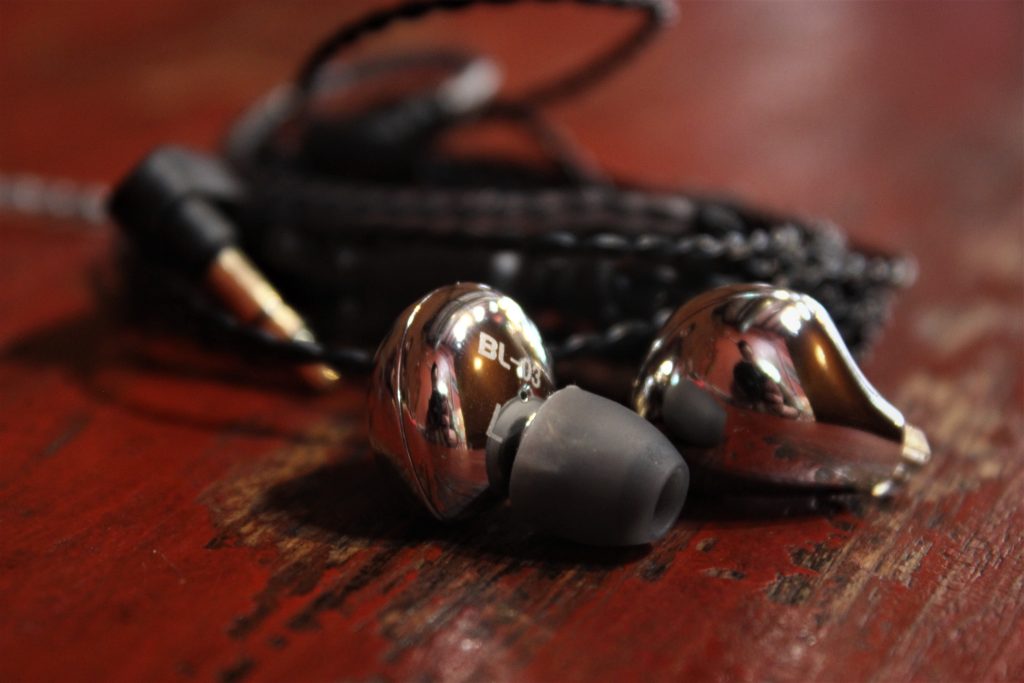 I don’t even know where to start with BLON, but it seems that they are now a company that needs no introduction. So let’s keep this section short and sweet.

The BL-03 is their newest golden goose, often compared to established models like the Moondrop KXXS or the Tanchjim Oxygen despite its price. There are rumours that this was tuned by the same guy who tuned the Oxygen, but nothing has been officially confirmed.

I’ll take this opportunity to clown on BLON’s name, which stands for: “Belief, Letmusicburn, Oppoty, Nevergiveup”.

The BL03 was kindly provided by Linsoul.

I’m going to do something a little different for this review and just drop my letter grade right now.

So now, I’ll address the giant white elephant that I released into the room. To anyone who already bought or own a BL03, this review isn’t for you. I’m not here to preach to the choir, neither am I here to “destroy the hype”. My job as a critic is to evaluate a product beyond the lens of popular opinion, beyond the expectations that people may have already set on my behalf, and so provide a fair and balanced analysis based on my own expertise and experience.

If this article agrees with your impressions, power to you. If it doesn’t, that’s fine too! I just hope that people can respect differing opinions without attacking each other.

My only request is for people on both sides of the fence to simply… read on. I may confirm some of your beliefs, while simultaneously disagreeing with others. As I’ve preached many times over and over, I’m just one guy on the internet and I should not be your only source of impressions and/or criticisms.

I can see the BL03 being described in different ways. Neutral with bass boost, perhaps mildly V-shaped if one is sensitive to treble, but in my books I’d classify it as simply “warm”.

There is a wide-band lower frequency boost that encompasses almost the entire region of 20Hz to 1kHz which makes the BL03 generally bass boosted rather than any focus in sub-bass or midbass frequencies. The mids are in-line with the treble to my ears, with it being neither at the forefront nor the background of the overall mix. The treble is inoffensive yet decently energetic, with enough extension to not feel lacking.

The BL03 doesn’t sound like a particularly technical or detailed IEM to me. The attack is a little blunted, the decay is extended just a tad too long for my liking and the notes demonstrates hints of smearing into one another, though not to the extent where I would call it “muddy”. It’s pretty standard technicalities as far as a cheap, budget IEM is concerned, so I would not personally recommend anybody getting the BL03 if they prioritise sheer clarity and detailing in their music presentation.

The bass presentation is a little bloated to my ears, with percussive hits ringing a little too long and so bleeding slightly into the midrange. It is to be noted that I have definitely heard far, far worse from more expensive IEMs, so this isn’t me stating that the BL03 is a bloated mess, but rather that this is a concern that potential buyers should at least consider before making a purchase. Many are satisfied with this kind of bass, but my personal standards are rather high so YMMV, sound is subjective and all that.

Imaging is a metric that I usually don’t talk about because a vast majority of IEMs are average to me in this regard, but I will just touch on briefly. The instrumental positioning and soundstage size of the BL03 is nothing special to me. It’s not an absolute con by itself considering again, very few IEMs actually get my thumbs-up in these qualities.

If there’s one thing that the BL03 truly excels at, it’s in its tonality.

I don’t think I’ve encountered anyone who will outright state that the BL03 sounds “wrong”, and I think that’s why it’s been such a popular IEM as of late. It is tuned very well, and while the dynamic driver inside it isn’t the most capable, I think the sound engineers did the best that they could with the cards they were dealt with.

The BL03 kind of has everything that makes it pleasing to a vast majority of ears out there: enhanced bass response, thicker-than-neutral notes, proper midrange tone, and treble that is neither too sharp nor too dark. I wouldn’t call it an exact Goldilocks situation, but it comes reasonably close. The BL03 is an IEM that just roughly fits into most people’s general preference, even if it may not be a perfect fit.

Now I know there has been… high expectations for my opinion on the BL03. It certainly has not made writing this review any easier, especially when I’ve been seeing people so confidently predicting that I’d rank these in the B ranks or even up in A!

So where I’d just drop the rank and run in my other reviews, I’ll switch it up a little with this one and sort of put into writing my thought process. Just looking at the more notable IEMs that I’ve rated at B- (excluding the MH755 for outlier reasons), we have the following:

All of which are many times more expensive than the BL03, but when in direct A-B comparison in the complete absence of price-to-performance value, I personally did not find the BL03 matching up to their levels of technical performance.

Now I will note one thing: I actually preferred the midrange tone of the BL03 to all of the above. The T4 and OH1/OH10 were a tad too shouty in the upper midrange for me, while the GR07’s treble response left something to be desired. The BL03 balanced upper-end energy without being overly-forward, and the “safeness” of its tuning is therefore its greatest strength.

Even as a C+ IEM the BL03 can still thrive extremely well, being one of the few handfuls of sub-$50 IEMs that I would recommend when asked. Its immediate competition is really only the following:

In that regard, the BL03 is still one of the most value-for-money IEMs out there, even if it may not be the ultimate market shaker that everyone seemingly wants it to be.

At an MSRP of $39 and a “street price” of $30, the value of the BL03 as an audiophile-oriented budget IEM is something we can all agree on, whether you’re someone who believes that the BL03 deserves a far higher rating or somebody who thinks that the BL03 is far too overhyped.

While I may not feel that the BL03 is a giant killer by any means, it certainly redefines what we should expect when we put down $30 for an IEM. Future budget IEMs have a high bar to clear.

60 thoughts on “BLON BL03 Review: Beyond the Hype” 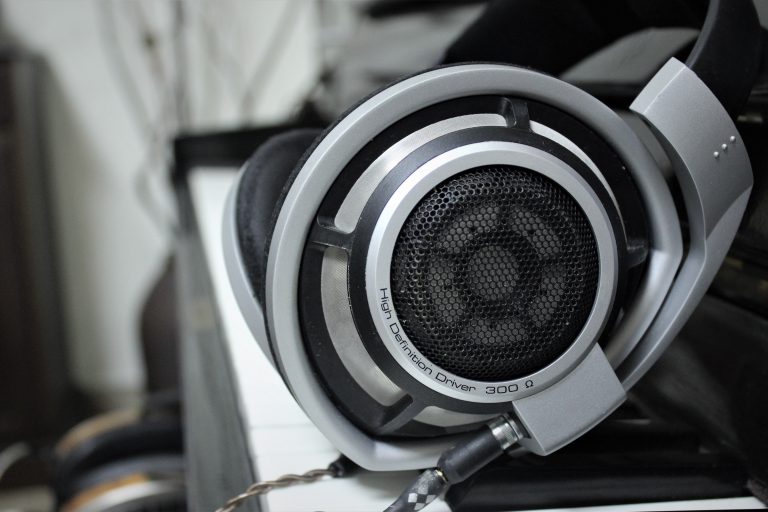 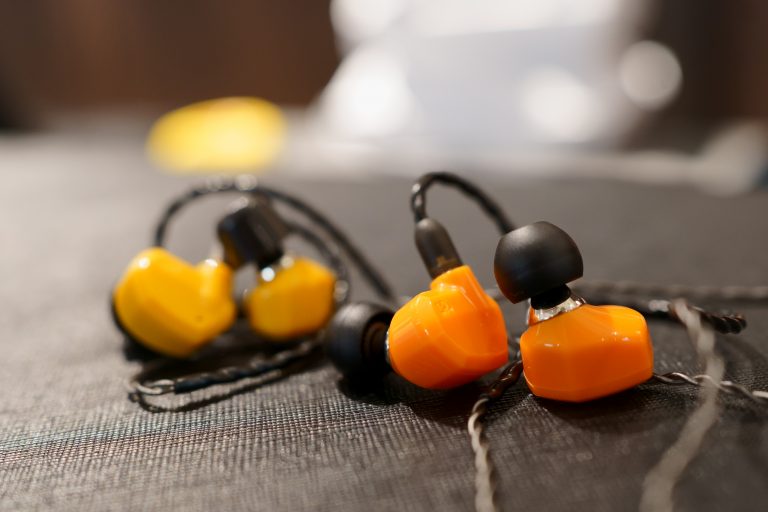