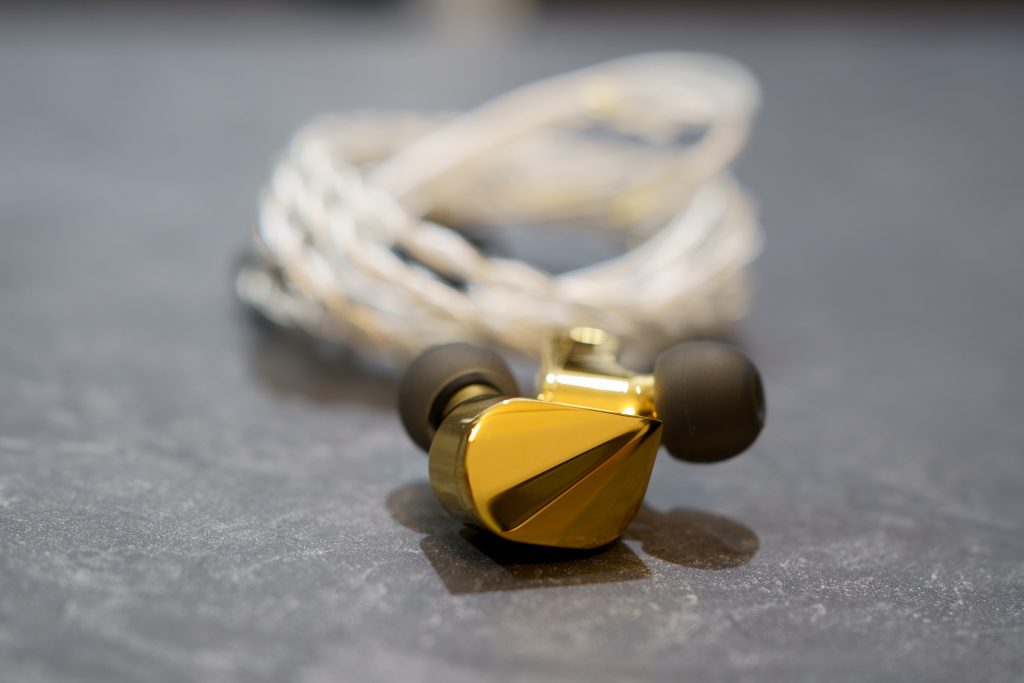 Ah yes, Moondrop is back at it again. With their higher-end models mostly consisting of IEMs with BAs in them (for instance the 8BA S8/A8, the hybrid 4+1 Blessing 2 or the 4+2 Solis), this time they’ve set their sights on the “high-end single dynamic driver” with the new $800 Illumination, placing itself as the “pseudo-flagship” of the Moondrop lineup right under the $1,100 Solis.

Are we seeing Moondrop’s turning point, possibly moving completely towards the single DD setup for future models? Only time will tell, but for now let’s see if their current efforts have any merit. The Illumination aims high with its asking price so here In-Ear Fidelity answers the burning question: how good is the Illumination actually?

This Illumination was kindly provided by ShenZhenAudio.

The Illumination’s sound signature is more or less “neutral”, though it personally edges closer to the “warm neutral” side of things to my ears.

There’s not much to say about the Illumination’s tonality other than that it’s competent without any glaring weaknesses. The slight warm tilt helps with smoothing out any possible harshness with the upper midrange, the bass is mildly boosted but one wouldn’t describe the Illumination as “bassy” per se, and the treble is mostly smooth without any errant peaks or dips throwing me off the music listening experience.

If I really had to critique the Illumination for anything, it would be that despite its tonal competence it still comes off as a little… bland. Sure it’s a little nitpicky but it is a very real reason why I find myself not reaching for the Illumination for personal enjoyment; everything’s all here from a somewhat theoretical standpoint, but the sum of its parts isn’t quite greater that the whole in this case.

That said, in terms of the “single DD” market there really aren’t much that can match up to the Illumination or similarly-tuned offerings. The pool of “tonally refined dynamic driver IEMs” is surprisingly small and so the Illumination does have some niche it can fulfill here; it’s just unfortunate that this niche is also populated by far cheaper IEMs, for instance the Drop + JVC HA-FDX1, the Tanchjim Oxygen or even the Etymotic ER2XR, none of which I feel like are completely bested by the Illumination tuning-wise.

If there’s one thing rarer than a well-tuned single DD IEM, it would be a technically outstanding one.

I’ve made no secret of my hesitation towards dynamic driver IEMs for good reason; it is in my opinion that a lot of them seem to be “held back” technically, mostly limited by sheer resolving ability. There are exceptions of course, for instance the (original) Dita Dream and the DUNU Luna, though they unfortunately suffer in tuning or timbral presentation, sometimes both at the same time.

The Illumination is an IEM with excellent timbre so it at least has that going for it. There’s a notable absence of any plasticiness or metallic twang and so notes come through as smooth and natural, perhaps one of the few IEMs where I truly had virtually no issues with its timbral character. But the smoothness of its notes is also an indication of another shortcoming: its definition and resolving ability.

I wouldn’t call the Illumination particular “mushy” in terms of its transients, but it is rather clear that it is quite a bit smoothed over in comparison to top tier threats in the detailing department. The Illumination struggles with more fast-paced genres as melodic lines (particularly those in the bass frequencies) get smear-y and dulled once the mix gets crowded. For those detailheads looking for a highly-defined presentation, stay far away from the Illumination.

And I guess to put the nail in the proverbial coffin, the Illumination’s imaging capabilities aren’t particularly special either. As I’ve mentioned time and time again, majority of IEMs exist within the purgatory of “average” for imaging performance, and the Illumination is no different. Just average.

As with many many IEMs out there, the performance of the Illumination can be forgiven so long as the price is right; alas, this shiny beast goes for a cool $800. At “almost kilobuck” prices, the Illumination unfortunately doesn’t provide enough to justify it.

As mentioned, the Illumination is an IEM that is more or less banking on its tonal performance as a differentiating factor, it does have a small niche of being both well-tuned and timbrally correct which something like the FDX1 can’t exactly match up to given its slightly metallic presentation. However with the FDX1 is being $220 and the Etymotic ER2 being even cheaper, the Illumination is really fighting an uphill battle in terms of competitiveness.

So, regardless of how well-built and/or shiny the Illumination may be, under IEF metrics it underperforms in its price bracket. A good IEM for sure, but in many cases “good” simply doesn’t cut it.

The Illumination is a well-tuned dynamic driver IEM with middling to good technical ability, but its asking price of $800 is hard to justify for its performance.

The Illumination is a classic case of “aiming too high and not matching expectations”, though this coming from Moondrop is a rarity that I’m hoping doesn’t become a trend in the future.

6 thoughts on “Moondrop Illumination Review: All That Glitters”

A review of Moondrop’s new EST flagship, the Solis.