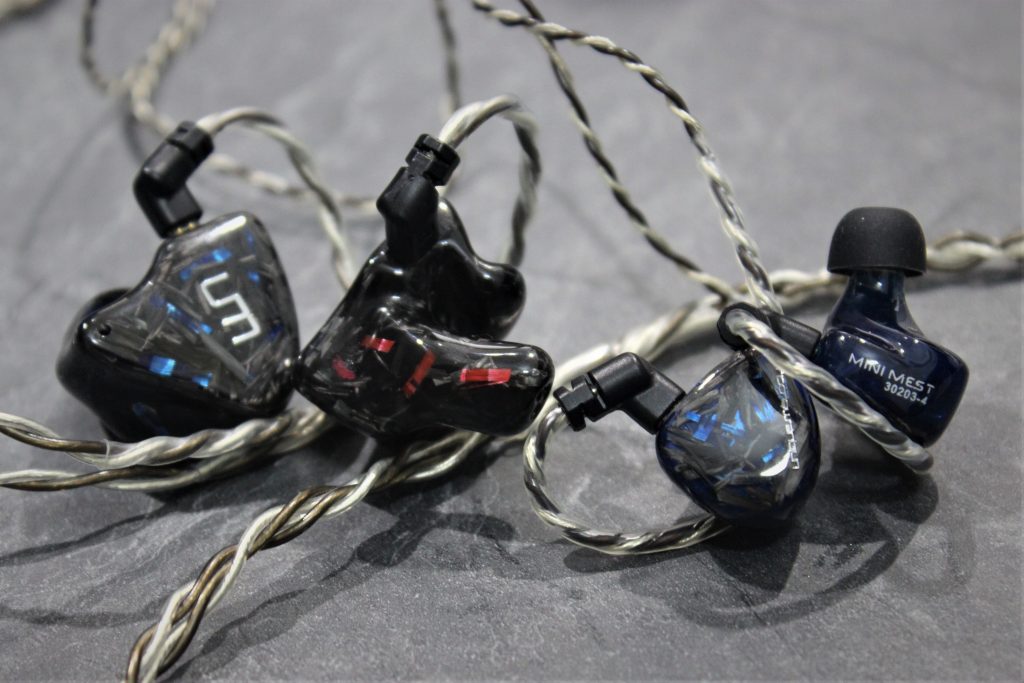 Unique Melody has always been at the forefront of IEM innovation, though whether or not said innovations actually made real improvements was a different matter entirely.

My first memory of Unique Melody was the original Merlin, which was the second BA/DD hybrid IEM ever made commercially available right after the original Ultimate Ears Super.Fi 5 Extra Bass. Then there was the Martian, which to my knowledge was also one of the first IEMs to use two dynamic drivers in its configuration. Let’s not forget the ME-1 which was one of the first planar IEMs after the Audeze iSines, the Mirage and Maven IEMs which were one of the few IEMs to use the tia-like direct-radiating BA drivers, and of course the dual-tone cable which allowed you to… sigh, use two different materials for your cables at the same time.

Point is, Unique Melody has always loved to put out wild and whacky concepts just to see if it could work. And here we have their newest throw to the proverbial wall: the MEST series, which uses bone conducting drivers alongside other traditional drivers in a hybrid configuration.

The bone conducting drivers themselves are nothing new, just piezoelectric drivers directly attached to the faceplate in hopes that it would be able to transmit enough vibrational information to improve the sonics of said IEM. The Mini MEST in particular also uses some trickle-down technology from the Mavis/Maven twins, the open-air BA drivers, in its driver setup.

All of this sounds really fancy, futuristic and almost revolutionary. But as we all know, paper stats mean nothing in the face of real-life experience. So now, IEF shall answer the question: how good are the Mini MEST and MEST actually? 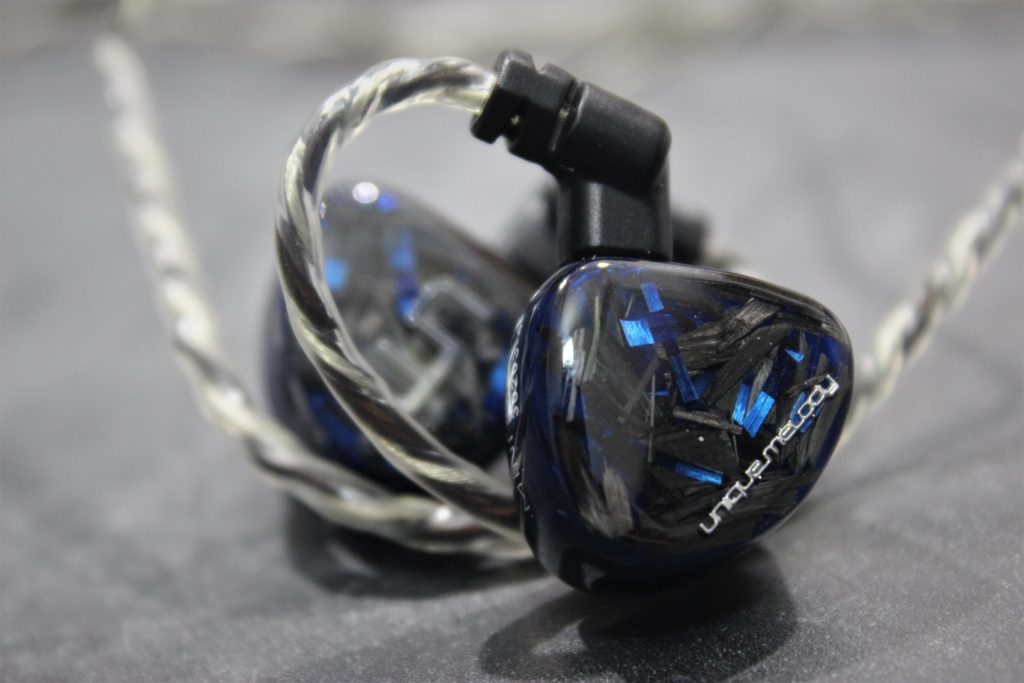 This Mini MEST was kindly provided by Unique Melody.

The Mini MEST’s signature can be considered simply “V-shaped”. Both the bass and treble are emphasised above the midrange, resulting in a more lively, energetic sound.

While there’s nothing really offensive or wrong with the Mini MEST’s tonality, nothing about it is particularly good or exceptional either. Again, I don’t like to use this term since it feels like it’s being (justifiably) overused: the Mini MEST’s tonality is a typical generic V-shape that prioritises punchiness and sparkly colouredness over natural reproduction. Which isn’t necessarily a bad thing in of itself, though the Mini MEST isn’t a particularly good V-shaped response either with a slight wonkiness in the midrange and a treble that’s a little peaky without proper extension.

Obviously the other big question here is: how does the “bone conducting driver” sound? In all honesty… I couldn’t feel (or hear) anything out of the ordinary. I don’t want to say that the BC driver is a total gimmick since it may be contributing to the tuning of the IEM itself, but so far nothing about the Mini MEST has convinced me that it’s superior to a traditional pure BA setup (or even the common BA/DD hybrid setup).

That said, the Mini MEST’s tonality was very familiar to me. Now where have I heard this before…

The Mini MEST performs fairly typical as you would expect from a standard-fare pure BA setup: decent resolving ability with good definition, though not the most natural listen due to hints of the dreaded “BA timbre” peeking through.

The Mini MEST as a whole wouldn’t turn heads if one was looking for a particularly technical IEM; it’s mostly passable for its price (further elaborations below) but doesn’t really offer much beyond that. Imaging performance is also within the realm of “average”, still having that in-the-head presentation with basically subpar instrumental instrumental positioning.

All in all the Mini MEST not the worst IEM in the whole in terms of technicalities but it’s the same story like with the others: you could probably do better.

$600 is a tough pill to swallow especially with the rise of many chifi IEMs challenging the kilobucks at sub-$500 price points. I’d say that you could get what the Mini MEST offers at around the $200 price point easily, whether it being a slightly better tuning or a more technical-focused sound. So yeah, this isn’t really the IEM to get if what you’re looking for is raw price-to-performance.

That said, you could make the argument that there is the novelty-factor of the bone conducting drivers, assuming that you really are in market for one but can’t afford the big MEST. But unfortunately in terms of the IEF rating system, novelty doesn’t count. 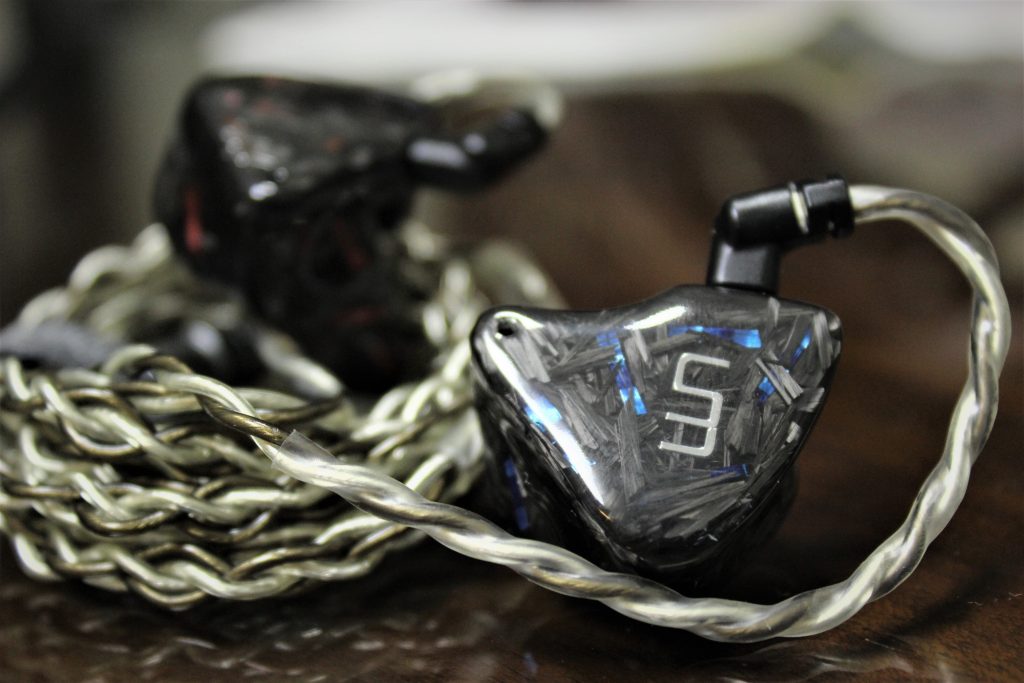 This custom-fit MEST was kindly provided by Unique Melody.

The MEST’s signature (at least, the custom-fit version of it) can be described as mostly neutral, with a sub-bass focus and a slightly dark tilt. In more digestable terms, maybe either a downsloping signature or one that is simply “warm”.

I’ve see-sawed on the MEST for a good while, much like I did with the IER-Z1R. At first my biggest problem with the MEST is the relative lack of upper mids, resulting in a more muted and less energetic presentation that wasn’t really tickling any of my fancies. While I’d consider myself to be sensitive to upper-midrange frequencies, I did feel like the custom MEST was a tad too smoothed out and so lacking the bite I so craved.

This is quite the interesting predicament because this is rather different from the universal version of the MEST, which I felt had a tad too much upper mids:

So yes, this is kind of a “A12t versus U12t” situation going on here, where the custom version yields a more relaxing experience albeit one with less clarity, while the universal version is more intense with greater “excitement”, though at the expense of a little extra fatigue.

That said, it’s not like the MEST is portraying a bad rendition of a warm-ish, smoothed over signature. Sure, whenever I’m switching from a traditionally-neutral IEM I would start pining for more upper mids on the MEST, but just because it is subdued in that region doesn’t necessarily mean than it is subpar in that region. Indeed, the tonality of the MEST works well for more laidback genres with calmer presentations (bossa nova or ambient jazz for instance) but still has its place in a more “general use” setting.

And as the MEST takes on daily-driver-duty due to it being the best custom-fit IEM in my possession (sorry N8!), the more I’ve appreciated the departure from traditional-neutral or even upper-mid-forward signatures in my off-time. The MEST does so without being overwhelmingly nasally nor congested, so that’s already a pretty big win in my book.

But the burning question I’d bet everyone’s asking now is “does the bone conducting driver work better in custom form than it does in universal form?” And to that I say… at least to my ears, no. I do hear the bone conducting driver in certain situations; for instance when I’m tapping my finger against the faceplate and it resonates with a metallic springy sound, but in general music listening it is unfortunately the same deal as with the Mini MEST.

That is to say, nothing about the MEST and its special bone conducting driver has convinced me that it’s something new and exceptional. It doesn’t have the same “X-factor” as, say, the Shure KSE1X00 or even the vibration element of the Pioneer SE-CX series, but at the end of the day it at least succeeds at where it matters: the MEST sounds like a very competent tri-brid IEM.

The MEST gains footing with its intangibles. Resolution is strong given its a sharp initial attack with a slightly tapering decay, giving it both a natural timbre as well as good definition in its notes. BA timbre in particular is notably absent in the MEST and the overall timbral coherency is smooth from one frequency to the next, which was a concern of mine given the four different driver types working together in tandem in this IEM potentially making the MEST sound like one garbled mess.

Arguably the best aspect about the MEST is the bass texturing; now it’s not quite IER-Z1R-tier, that one still holds a special place in my heart in terms of sheer bass excitement. However, everything from the mid-bass impact, the sub-bass rumble to the lack of smearing are all exceptional on the MEST, and one could say that it is one of the top IEMs if you’re a stickler for bass quality.

Imaging is in the “above average” category of things; soundstage width is good, nothing exceptional, and instrumental positioning is relatively accurate for an IEM.

Overall, while the MEST isn’t exactly the “best of the best” material, I’d say that it’s worthy of “top of the line” status. And those are big words given that it’s Unique Melody third most expensive model.

(The valuation will be using the custom-fit version reviewed, which retails at $1,700.)

The MEST has potential. Once you look past the (IMO) gimmicky bone conducting drivers and accepted that it’s not the revolution in IEM technology, it is still a very capable and competitive IEM even in the kilobuck space. A well-done warm/laid-back signature with high quality bass and detailing is not a combo that’s common even in the money-no-object price bracket, most companies preferring to opt for a brighter and clearer signature to appease the TOTL crowd.

I’d dole out the 1-star award with a special note: with that award, the (custom) MEST is the most expensive 1-star IEM in the A+ tier. What that means is that this valuation may not hold on for long, especially if more and more sub-$1,500 IEMs enter the high tiers. And given the competitiveness of the market… I’m not expecting the MEST to hold onto its star for more than a year.

At any case the MEST gets the star for now, but just barely.

“Worth the price”
For more information on the new grading system, click here

The MEST series is interesting on paper with the unique bone conducting driver being utilised in its driver configurations, but practical real-world usage has shown that it doesn’t quite have the massive impact on sound that we all expected.

Forget the Mini MEST; in this case, go big or go home. If you really do want to own a “bone conductor hybrid”, the MEST is really the only one that’s worth a shot. And while it may not be revolutionary, the best thing I can say that it’s a capable, well-done hybrid that deserves some attention.

Awarded grades are in reference to the IEM ranking list 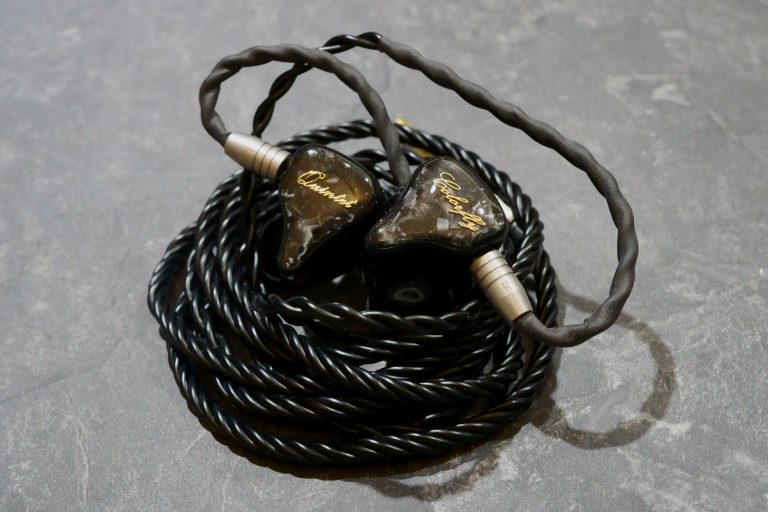 A review of Colorfly’s first foray into the IEM game: the hybrid Quintet. 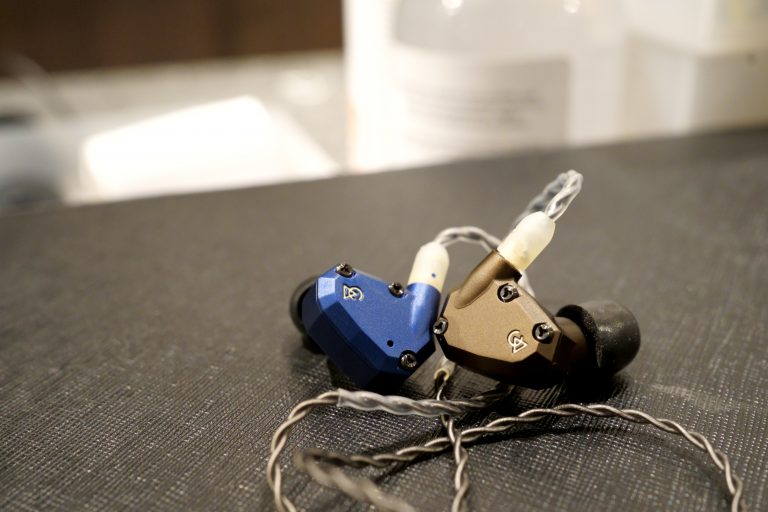 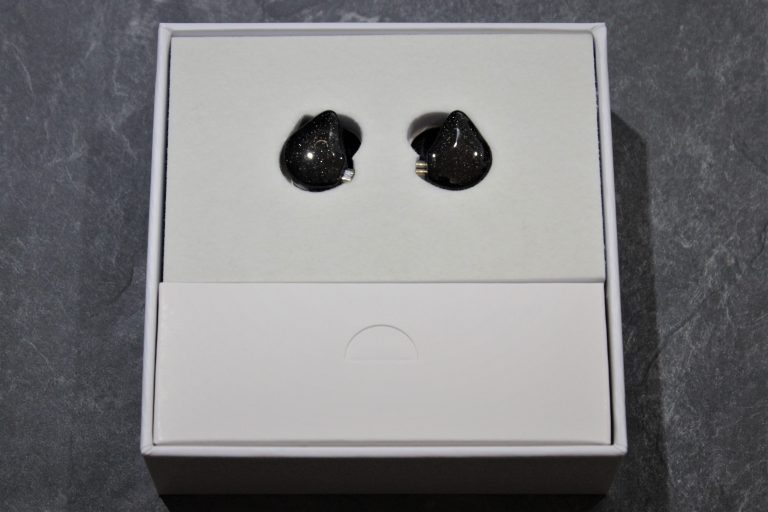