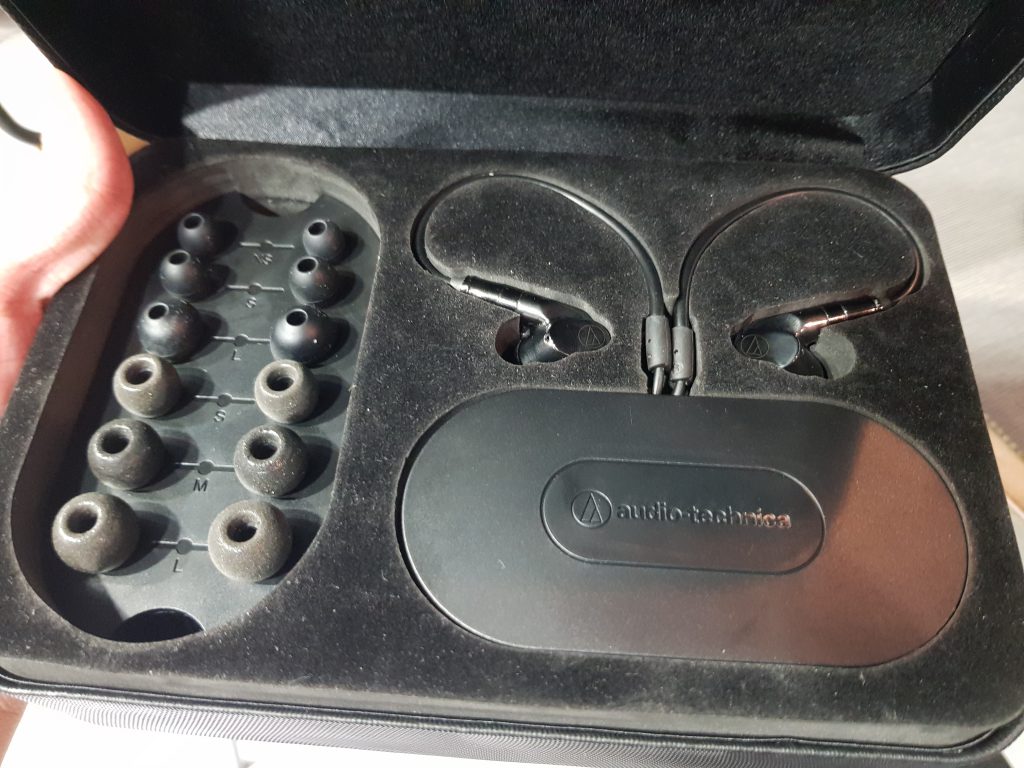 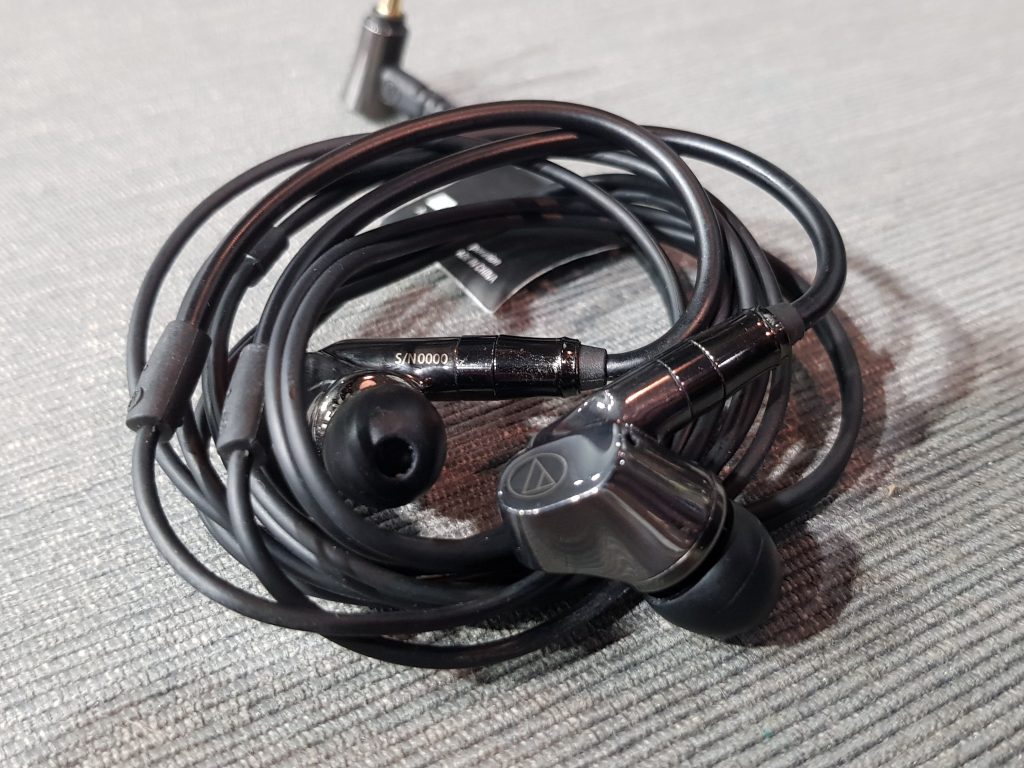 The IEX-1 is Audio Technica’s latest flagship IEM featuring a 2DD 2BA configuration. The dynamic drivers are arranged in a push-pull configuration, with one in full range and the other to boost the lows. The two BAs function as tweeters for the highs and ultra highs respectively. It is a coaxial design housed in a titanium which certainly helps with its low weight.
The cables are a bit reminiscent of the Sony IER M9/Z1R’s, but are much stiffer and the ear guides don’t work as well. Not a fan of the cables. The IEM is rather small in size and goes deeply into my canal easily but I find that some edges are too angled which causes discomfort (not pain!) after 30mins or so.
Now onto the most important aspect: the sound performance. Seeing that the IEX-1 is ATH’s latest flagship IEM, I expected a lot more. The previously launched CK2000Ti was a massive letdown with its tinny, metallic timbre and I hoped that ATH would address that. This time with the IEX-1, ATH has went for an unconventional V-shaped sound. There is quite a big bass boost with warmth. To balance out the bassy tuning, ATH has decided to implement massive upper midrange spikes at 2 & 3khz. While the peaks are not harsh nor sibilant, it lends the overall midrange a very honky tonality, similar to turning up the “presence” knob on the guitar amp far too much. The peaks makes any instruments such as vocals, guitars, trumpets and pianos sound unnatural and too forward.
The treble is toned down and takes a step back. I don’t find much fault with the treble other than that it can sound a bit dull at times. But unfortunately, the IEX-1 has bigger problems with the midrange and bass tuning. For the bass, there’s still a feeling of slam and impact but with decay that’s on the slower side. I felt that Audio Technica could have tuned for less bass as well as to reduce these unnatural sounding upper-midrange peaks. Tonality plays an important part in shaping an IEM and so if I don’t vibe with its tone, the IEM is automatically difficult to listen and sometimes unbearable. The IEX-1 sure may have decent technical ability but it’s bottlenecked by the odd choice in tuning.
PrevPreviousoBravo Cupid: Unboxing
Next[Cliffnotes] oBravo Ra C-Cu: $10,000 JokeNext