Stage to Head Ratio: What is it? 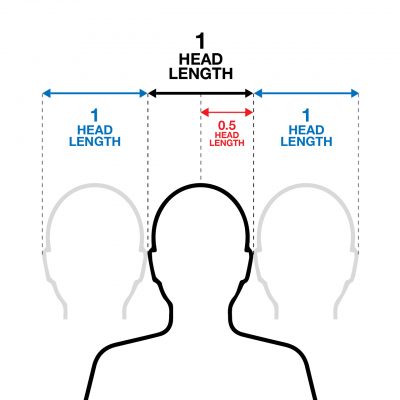 SHR is the acronym for “Stage to Head Ratio”, an idea that I plucked out from Discord member “McMadface”. It is my subjective way of displaying perceived soundstage of a certain transducer using the head as a baseline. An SHR value of 1.0 would imply that the sounds from a track feel like they are coming from one head (your own head, to be specific) away.

Note that this is on a per channel basis, so the total “soundstage” will be measured accordingly:

What is the value range?

The minimum value of an IEM’s (or headphone’s) SHR would be -0.5, with it implying that it sounds entirely “in your head” with zero outward diffusal.

The upper limits (in theory) do not exist, but headphones and IEMs are vastly limited in the amount of spatial information they can convey due to the phenomenon called the Head-Related Transfer Function (HRTF). The lack of a physical room in which the sound can travel through, as well as bypassing all the vital physical body parts that enables us to hear what we hear in real life, simply results in diminished imaging ability.

My current benchmark for soundstage is the HD800 (SDR modified) and even then I would put it at an SHR value of 0.8 at maximum. Expect IEMs to exist between 0.5 and -0.5, though most will exist around 0 (representing no outward diffusal though no “in your head” feeling).

Being an extremely subjective metric, there is little need to be too controlling of the potential variables out there. That said, there are two that stand out for this test: source gear and music track.

Controlling for source gear is fairly simple though annoying as there will be many audiophiles who would argue that the source makes a massive difference in an audio system’s soundstage. I however, have a rather hard stance on the matter.

In my opinion and experience, the source in an audio chain is not significant in terms of improving or diminishing the staging performance of a transducer.

That said, I still have two very competent sources that I daily and will be used during testing.

The second would be the music track, which is also fairly simple to control for. Just use one track to test all the IEMs for SHR, that’s it. So what track will have the honour of being the benchmark for all tests to come? Why our national anthem of course:

Hotel California by the Eagles, album “Hell Freezes Over” (1994)

A live performance track absolutely filled with spatial cues to pick up and well recognised by many in the hobby. At any case, all we need is just a consistent baseline so I could be using the Teletubbies theme song for all we care.